No items in cart

Effect of neem in organic agriculture 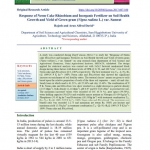 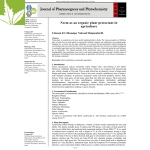 Neem (Azadirachta indica Meliaceae, subfamily Meloideae and tribe Melieae. Neem is an evergreen, tall, fast-growing tree, which a height of 25m and 2.5m in girth which has an attractive ..

This email address is being protected from spambots. You need JavaScript enabled to view it.
Don't have an account yet? Register Now!
Ressources
You need an account (or login)
to download documents.